Scroll down now if you want to skip the musings of this former academic and just see the photos!

Most of my professional life was spent in linguistic anthropology— that subfield of anthropology dealing with the role of language in culture and society. Many of us linguistic anthropologists study poetics. Russian emigré and Harvard professor Roman Jakobson considered “parallelism”—rhyme, alliteration, and more complex forms—the defining feature of poetry. Poetics, or the poetic organization of speech (especially ritual speech), is broader than poetry per se, and the crucial role of poetics in ritual discourse around the world reminds us in white middle-class U.S. communities that our narrow view of poetry as marginal to life, politics, religion, etc. is itself a marginal idea in the world.

For years now, I have found parallelism, or patterns/ pattern repetition, in nature, and have tried to capture it photographically. The photos below are examples. Some of them represent a differene nt sort of nature intruding on my hands in camera jiggle or some such “error” or “accident” on my part. Oh well— I like the outcome and hope you might too!

All of the photos below are available for purchase as rights to the digital photo as download.

The first in this series portrays geese flying “in formation”— or in a pattern. It is also an example of motion blur, covered in one of my earlier posts here. 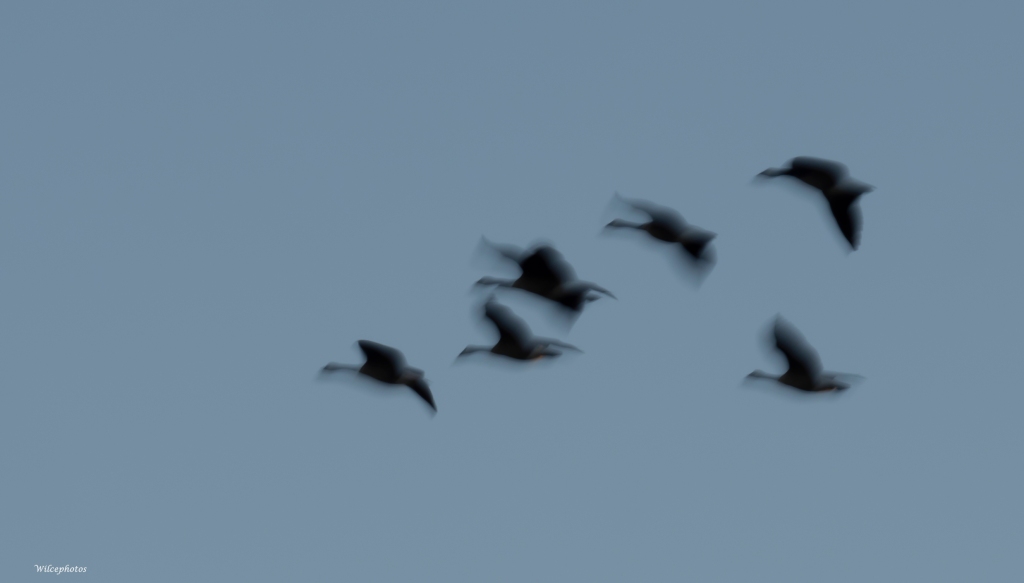 This message does not appear on the downloadable digital file you may wish to buy.

I shot this in my home town of Flagstaff on October 11, 2021; at the ponds on Old Walnut Canyon Road, before sunrise. I set the shutter speed low (slow) enough to intentionally blur the geese and convey a powerful sense of their rapid movement. When grasses bend to the forces of wind and gravity, each stalk bends in a nearly identical way, creating another example of parallelism in nature.

Shot with my Canon EOS Rebel t7i in fall 2020, in my Flagstaff neighborhood, Cheshire. 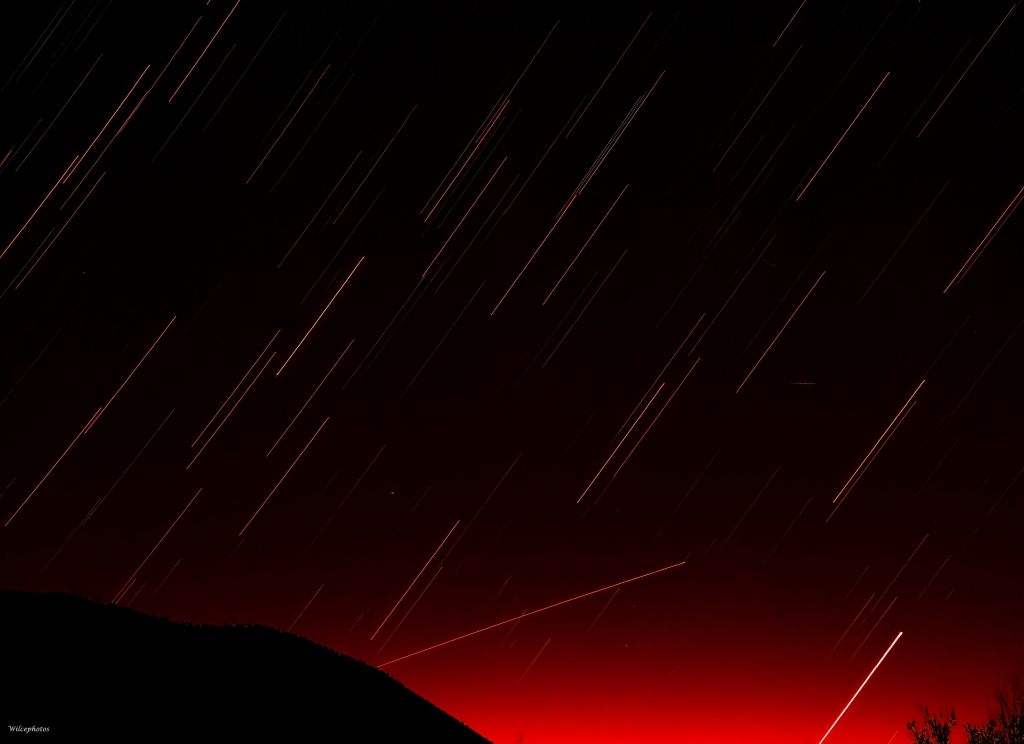 The phrase “star trails” refers to “a type of photograph that uses long exposure times to capture the apparent motion of stars in the night sky due to Earth’s rotation“ (from the Wikipedia article by the same name).

The apparent parallelism between the individual star trails reflects the single factor determining this appearance— the rotation of our little planet. So, is this parallelism in nature or in the camera? You decide!

Shooting “star trails” involves long exposure, which on my Olympus camera involves a feature called “Live Composite” (see Wikipedia article on “compositing” https://en.wikipedia.org/wiki/Compositing). I am particular pleased with this artistic creation bringing out the red color hiding in the pre-dawn sky. Why is one trail moving on a different path? It seems to be a meteor. Shot with Olympus EM-1 MarkII mirrorless digital camera

The photo below was taken just before sunrise. The subject is the San Francisco Peaks. The parallelism or near perfect vertical repetition of the profile of the Peaks represents a happy accident in the moment of taking the shot— most likely, touching the tripod during a long exposure of the sort Olympus calls a “high res shot.” 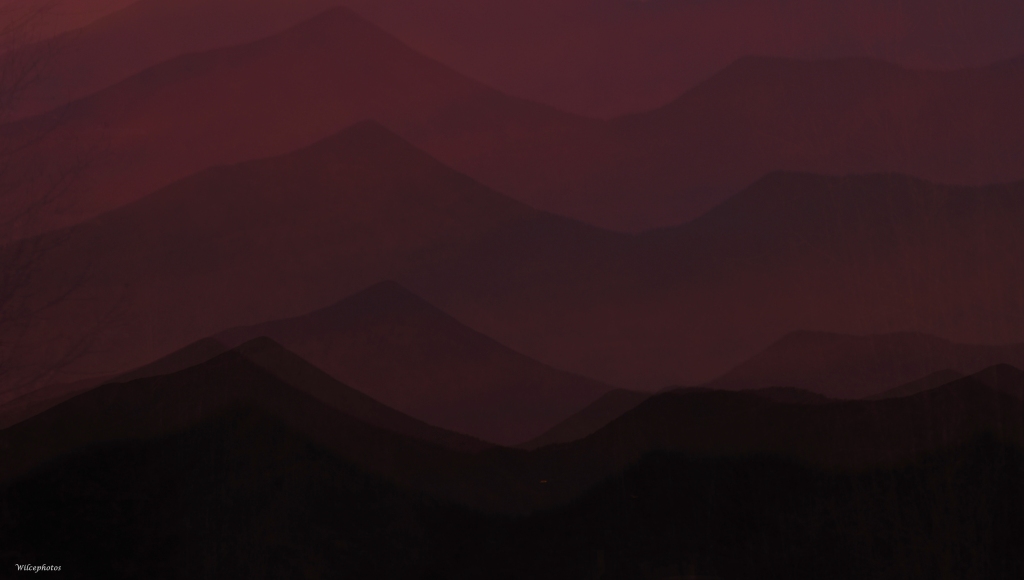 Shot with Olympus EM-1 MarkII mirrorless digital camera I took this long exposure shot from my own Cheshire neighborhood in Flagstaff. Shot with Olympus EM-1 MarkII mirrorless digital camera This is another example of a High Res Shot—this one taken on Interstate 40 heading into the sunset over the hills ahead. (My wife was driving!) It was an experiment, carried out knowing that the camera was shaking a lot. The result is another appearance of parallelism. I wonder if the camera knows more about aesthetics than I do!

Thanks in advance, and please come back soon— photos make great gifts! For giving (or keeping) various tangible products made from my photos, go to wilcephotos.com

One thought on “Pattern Repetition: Parallelism in Nature”